The Comedy of Errors

“A Comedy of Errors” by William Shakespeare, is a tale about two sets of identical twins who were accidentally separated at birth. During our most recent visit Algonquin theater, the students got to see a live performance of the play, which proved to be very funny and entertaining. The setting of the show started with Antipholus and his servant Dromio who are mistaken for townspeople who not only share their names, but look exactly alike. Complete chaos, false accusations, and humorous cases of mistaken identity held our attention throughout the whole play. The plot twist at the end was unexpected and exciting for those unfamiliar with this story and the actors were awesome.

After the performance, the cast took questions from the audience and explained how they used body doubles for the twins during the course of the play. They also shared with us that every time the twin characters changed, they created a diversion using other characters to catch our eye! It was a great play and we can’t wait to see the next performance at Algonquin Theater. 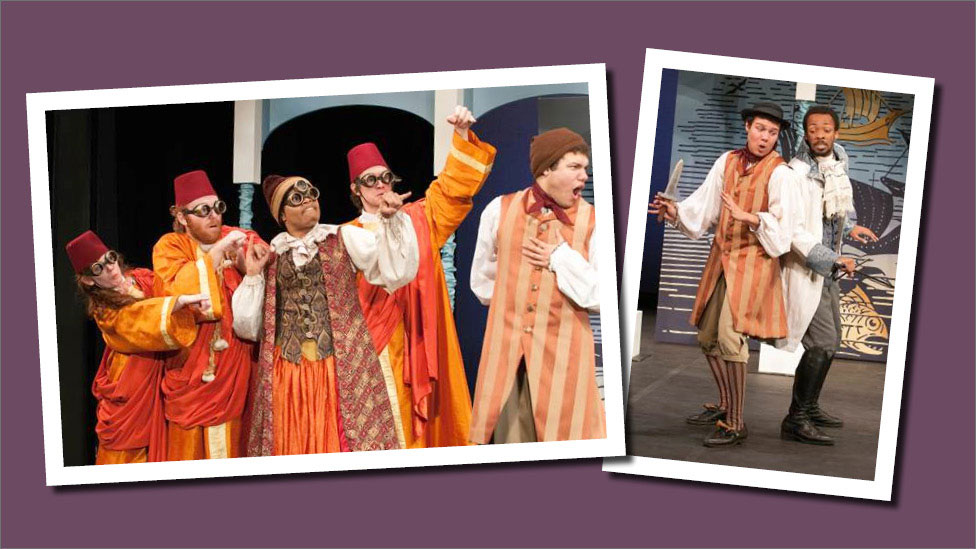